The ABILITY to Love: Stories of Love and Disability

As we celebrate this month of love, we also celebrate the fact that love comes in all shapes, sizes, and abilities. The following are some collected stories of love and disability from around the Web. 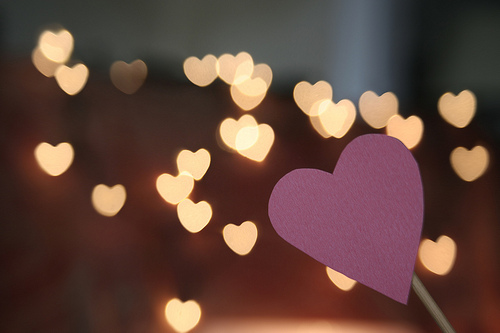 Dating in a wheelchair: Your problem, not mine | Anne Thomas

Now in her 50s, Anne Thomas candidly shares her story of becoming physically disabled at age 18, the social stigma, and how it didn't stop her from falling in love: "I wanted an education, a career, adventure, love, and sex. But in the climate that prevailed at the time, people were shocked that I dared to hope for romance and physical intimacy." Read more.

Jeff Wright stoops to lift his 92-pound son out of a wheelchair. Wright once had dreams that his son might play football. Now Adam wears a helmet to protect him from himself. He was born with Joubert syndrome, a rare combination of genes that only about 450 people in the world have. Read more.

Chad Cunningham delayed dating until his early-to-mid-20s because of fear related to his disability. Chad was diagnosed with cerebral palsy when he was 18 months old. When women started to ask him out, Chad realized that the biggest barrier to his dating was attitude. Read more.

When Bill met Shelley: No disability could keep them apart | Ellen McCarthy

Bill Ott will always remember the moment he met Shelley Belgard. It was in spring 1988. He was 12 and sometimes shy. Into music, sports and, suddenly, girls. Said Bill: “Even though my mind was young and my heart was young — somewhere inside my head I was mentally old enough.” Read more.

It's been about a decade since Randy and Melissa met while bowling for the Special Olympics. In May [2015], their life as a husband and wife began. Read more.

Keep ya head up: Self-love and sisterhood as a disabled woman | Vilissa K. Thompson

"If I wanted to love the person, body, and life I saw in the mirror, I had to stop internalizing the hatefulness of the world around me, and start demanding that the world accepted my disability and personhood." Read more.

Hannah, who has cerebral palsy and is non-verbal, and Garrett, who suffers from a rare neurological disorder called Cohen's syndrome, became instant friends – and over 13 years later, on April 11, they went to prom together and were crowned king and queen. Read more.

This entry was posted in Disabilities-General and tagged disability and love on February 1, 2016 by admin. ← Previous Post Next Post →