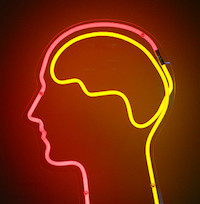 March is Cerebral Palsy (CP) Awareness Month, and we are celebrating by sharing some facts about this disorder.